Here are a few Behind the scenes stills from a studio shoot I directed with FLETCHERWILSON for Moneycorp.

The brief was to create an ambitious update  video using a well know track featuring motion graphics and as many of the staff from Moneycorp as possible…dancing.

Visually I wanted to see as many performers at a time together against a clean white background where we could develop visual interest in post using the framing of text, movement and performers.

By working creatively with position and scale against the white background we kept the video visually engaging in a way that evolved across the duration of the finished film.

We shot on the Sony FS7 with the lighting rig at the studio, DoP Don McVey would have more to say about how we lit the stage, how the camera and lenses behaved along with the approach we agreed on. 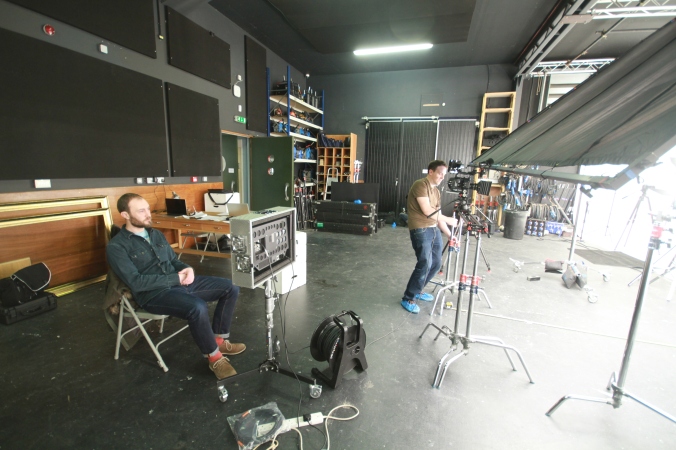 Professional as ever, I think he did a great job creating a clean, bright and even canvas where the performers could move freely.

The choreography by Jess Brichto from Start theDance was perfect for what we wanted to achieve and for who we were working with.

The feeling of unity, fun and focus that we captured  is testimony to the hard work and dedication of everyone involved and really shines through in the candid moments .

Laura from FLETCHERWILSON also played an integral part in getting this project over the line.

Comprehensive support during pre production, on the day and integral during post production at FLETCHERWILSON HQ.

If like us, you want a lot of people dancing against a white background at the same time you’re going to need a bit of space.

This site uses Akismet to reduce spam. Learn how your comment data is processed.